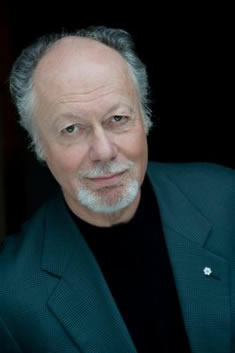 Malcolm Forsyth, honoured as Canadian Composer of the Year in 1989, has earned international recognition as one of Canada’s leading composers.

Born in 1936 in Pietermaritzburg, South Africa, Forsyth majored in trombone, conducting and composition at the University of Cape Town and played trombone 8 years with the Cape Town Symphony Orchestra (CTSO) while obtaining his Master’s and subsequently Doctorate degrees. His career as a composer was launched when the CTSO performed Overture Erewhon (1962), and its success led to an invitation to write the Jubilee Overture for the orchestra’s 50th anniversary in 1964.

In 1968 Forsyth emigrated to Canada and settled in Edmonton where he joined the Edmonton Symphony Orchestra, playing bass trombone for 3 years and then Principal for 8. He also joined the music faculty at the University of Alberta teaching theory, composition and conducting, where he continued after being named Composer-in-Residence in 1996. 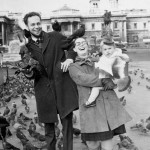 Sketches from Natal, commissioned and broadcast by the Canadian Broadcasting Corporation in 1970, was Forsyth’s first major commission in Canada. This vibrant work for chamber orchestra is the first of many subsequent compositions which explore the tribal rhythms of his native country.

Other works Forsyth produced during the seventies include the critically acclaimed Concerto for Piano and Orchestra (1979), two symphonies, several works for brass and woodwind ensemble, as well as two concerti grossi written for the Canadian Brass, Sagittarius (1975) and Quinquefid (1976).

During the 1980s, following a year of study in London, England, Forsyth was inspired to compose numerous symphonic and chamber works. From this period, two orchestral compositions in particular embody his unique style: African Ode (Symphony No. 3) (1981) depicts the stark contrasts and rhythmic vitality of his native land,and Atayoskewin (Suite for Orchestra), a powerful portrayal of Canada’s North, was hailed as “a masterpiece” at its premiere in 1984, and in 1987 it won the first JUNO for Best Classical Composition. 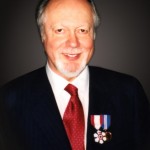 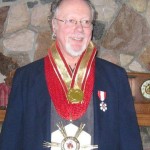 The decade of the 1990s brought acclaimed works such as Electra Rising: Concerto for Violoncello and Orchestra, written for his daughter Amanda, and Evangeline. The latter, based on the poem by Henry Longfellow, tells the fictional account of the historic voyage of the Acadians expelled from Nova Scotia in 1755. He went on to win two more JUNO awards for Best Classical Composition (more than any other Canadian composer), in 1995 for Sketches from Natal, and in 1998 for Electra Rising. 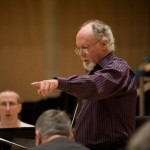 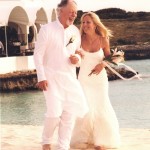 Forsyth’s works have been performed and broadcast throughout the world. He has received commissions for noted artists such as singers Maureen Forrester and Judith Forst, the Canadian Brass, Helmut Brass, Bläserensemble Mainz, the Montreal, Edmonton, Cape Town Symphony Orchestras and the Natal Philharmonic. His work has been extensively recorded including his complete works for solo cello and piano, performed by his daughter Amanda, currently principal cello of the National Arts Centre Orchestra, and a new disc by pianist/composer Heather Schmidt which includes the solo piano piece Je répondrais…. His final work A Ballad of Canada, was premiered June 9 & 11, 2011 by the National Arts Centre Orchestra under Pinchas Zukerman and was repeated by the co-commissioning orchestra, Edmonton Symphony Orchestra under William Eddins, November 11,12, 2011. 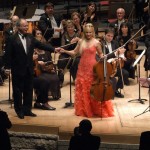 The premiere of A Ballad of Canada was gloriously received by the audiences and performers alike. He received a prolonged standing ovation following both performances in Ottawa. Although he was very weak from his fight with cancer, he was determined to be present, along with his wife Valerie, and his closest friends, who all travelled with him from Alberta to celebrate with him. A film was presented, preceding the performances, honouring him. 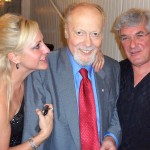 Unfortunately, he lost his battle with cancer on July 5, 2011 in Edmonton. A Memorial was held at Convocation Hall, University of Alberta on August 26, 2011, where his music was performed by his daugher, Amanda, as well as many of his colleagues and former students. Among the tributes, this poem was written read by his long-time friend, the poet Carl Hare: 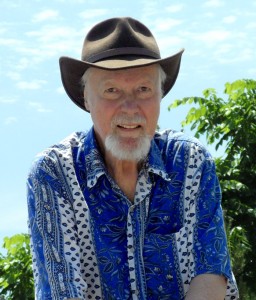 For more information on Amanda Forsyth or to contact her directly, please visit www.amandaforsyth.com .